And so it goes on.

Climate Denial Crock of the Week 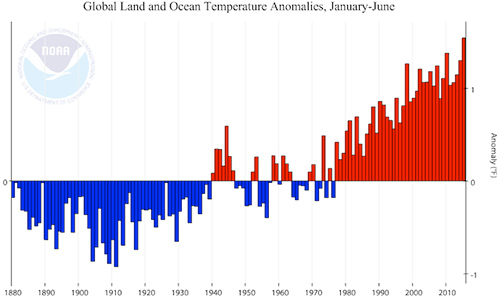 Here are some of the other records for “combined average temperature over global land and ocean surfaces” in the dataset for the month of June from the years 1880 to 2015:

Here is the Northern Hemisphere plot of historical temperatures for January through June showing the huge jump this year: